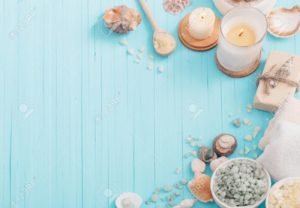 Ayurveda Viral
Fever is named Jawara in Ayurveda. Fever is the condition wherein the body’s temperature rises beyond the 98 degree Fahrenheit that is normal. Fever can be accompanied by soar throat, headache, entire body ache, stomach pain, nausea, vomiting, etc. Fever can be a result of viral infection or bacteria, or another disorder or medication. Symptoms – The symptoms include soreness ache and high temperatures in the joints excess production of phlegm and saliva.

Causes – Based on the Ayurveda concept, fever happens because of disturbance to one of the three energy areas called doshas. Dosha disturbance may be caused by other or insect snacks harm, viral or bacterial infection, or response to medication like injections.

Fever may be caused by some ailments which cause an imbalance in the doshas because the toxins such as jaundice, bronchial ailments, measles, and influenza create the temperature of the body. Malnutrition or mental worries can also cause fever in certain people. Eating foods that are incompatible with one to their body constitution causes fever. The imbalance in the doshas is because of the wrong diet and irregular lifestyle. Obesity, genetics, hormonal disorders, and intermittent food and habits give rise to fever. Ayurvedic Remedies for Fever – the body should be purified to create the capacity to accept treatment and According to Ayurveda fundamentals, the accumulation of impurities inside the body leads to ailments.

Panchakarma is their process of purification recommended by Ayurveda. This therapeutic process involves several procedures to purify the entire body of the impurities and toxins. Usually, vitiation of pitta, specifically Agni within the body manifests as fever. Rheumatic Fever – Ayurveda features this fever to the existence of a toxin called Rheuma within the body. This causes strain and pain in the joints. The rheumatic strain is known because Ama Vata in Ayurvedic texts and can be characterized by swelling in their joints. This condition can also be due to the disturbance of their digestion fire namely Jathar Agni. This contributes to indigestion or constipation that might lead to other diseases manifesting in the shape of fever.

Viral Fever – The Ayurvedic medicines which work well for viral strain are Amritarishta, Sudarsanam Gulika, and Vilvadi Gulika. Punarnavasana is also prescribed. The painful joints might be given fomentation using a heated husk in a cotton bag. Some bitter drugs like Anand Bairav, Jwarhar Vati, Sanshamani Vati, and Laxmi Vilas Ras are given to increase their white blood cells to build immunity within the body.