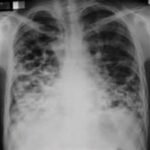 TB is one of the most prevalent chronic infection in our country and is responsible for high morbidity and mortality.
TB is caused by Mycobacterium tuberculosis and affects the lungs most commonly. in one third or more, extrapulmonary involvement is seen.
tubercular lymphadenopathy is the commonest form of extrapulmonary tuberculosis.
all cases of TB is a notifiable disease should be reported to the local /district/ State Health authorities, as it is a notifiable disease.

A patient who has never taken treatment for TB or has taken ATT for less than 1 month.

A patient declared cured of TB by a physician, but who reports back to the

health service and is found to be bacteriologically Positive.

who returns to treatment after having defaulted, 1. e., not taken ATT

consecutively for two months or more and found to be smear positive.

or more after starting treatment. The failure also includes a patient who was initially smear-negative but becomes smear-positive during treatment.

A patient who remains smear-positive after completing the treatment regimen for previously treated but not initiated on MDR-TB treatment.

Includes patients who do not fit into the above- mentioned categories.

The reasons for putting a patient in this category must be specified.

Initially, smear-positive who has completed treatment and had negative sputum smears, on at least two occasions one of which was at the completion of treatment.

Sputum smear-positive case who has completed.