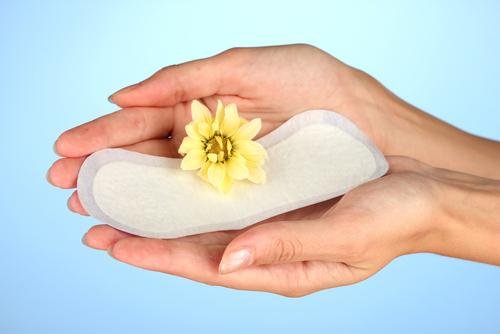 The menstrual cycle is the normal natural change that occurs in the female reproductive system (particularly the uterus and ovaries ) that makes pregnancy possible The cycle is required for the production of oocytes, and for the preparation of the uterus for pregnancy.

Metrorrhagia (metro = womb, -rrhagia = excessive flow) is uterine blood loss at irregular intervals, mostly between the expected menstrual periods. In some women, menstrual spotting between periods occurs as a normal and harmless part of ovulation. Metrorrhagia may be a sign of an essential disorder, such as hormone imbalance, endometriosis, uterine fibroids or, less commonly, cancer of the uterus. Metrorrhagia may cause considerable anemia.

Also known as painful periods, or menstrual cramps is pain during menstruation. Its usual onset occurs around the time that menstruation begins. Symptoms typically last less than three days. The pain is typically in the pelvis or lower abdomen.

Premenstrual syndrome (PMS) refers to physical and emotional symptoms that occur in the one to two weeks before a woman’s period. Symptoms often vary between women and resolve around the start of bleeding. Common symptoms include acne, tender breasts, bloating,nausea, feeling tired, irritability, and mood changes.