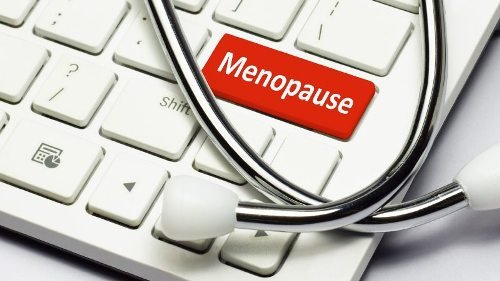 Menopause is a normal phase of a women natural aging process and occurs as hormone levels in the body decline In Ayurveda menopause called rajonivritti where raja means menstrual discharge and nivritti means completion.R ajonivritti is the transitional phase in a woman’s life span during which the woman enters from the reproductive to nonreproductive phase. Ayurveda considers this as a natural phenomenon ( Swabhawaja ). The fourth to fifth decade of life, which is described as the age of physiologic menopause in women, is known as a praudhawastha in ayurvedic literature. it is the age of physiologic  ( swabhawika ) dominance of Vata dosha, a decline in Kapha dosha, and dhatu kshaya, a process that involves reduction of body tissue.

The various symptoms of menopausal syndrome namely hot flashes, palpitation, anxiety, irritability, depression, reduced memory, insomnia, recurrent urinary tract and veginal infection, constipation, dysuria, dyspareunia may be attributed to the imbalance in doshas, and the process of dhatu kshaya in the body. Artava Kashaya ( ovarian follicular atresia ) is also a part of the process of dhatu kashaya in the body. other predisposing and precipitating factors such as Vata and Pitta Predominant Prakriti, mithya ahara vihara, monsik doshas, and stress further accelerate this condition leading to various distressing symptoms.

Ayurveda emphasizes that Rasayana therapy has a significate role to play in the management of condition associated with menopause .many ayurvedic herbs useful in a menopausal phase like Ashoka , Brahmi, Shatavari, yastimadhu etc.